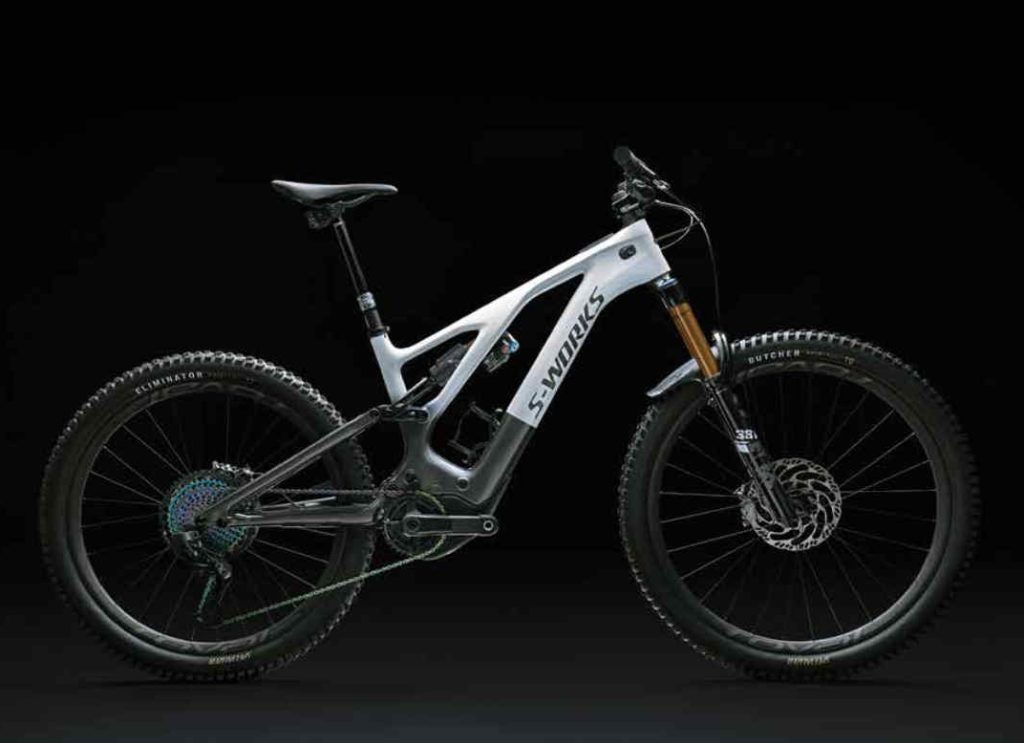 There has been a lot of virtual argy-bargy between the haves and have-nots about electric bikes but while the two camps fight, global sales are booming.

ASK ANY CYCLIST what the greatest detractors are for the sport and they will tell you headwinds and hills. This is where the e-bike steps (or pedals) right in to assist. Note: not take over – just assist. A misconception among brawn-only cyclists is that the engine replaces leg power. But e-bikes only help those who help themselves. The battery-powered assistance from the integrated electric motor only kicks in if you pedal. So, when the road rises up to meet you, it gives you a boost ranging from ‘eco’ to ‘turbo’, depending on your level of fitness, the strength of the wind or the gradient of the hill.

Andrew McLean – founder of Cycle Lab, South Africa’s largest specialist cy- cling retailer – is a cycling aficionado, not to mention multiple podium winner. A Springbok cyclist, he has 25 Cape Epic stage wins and three overall wins under his saddle and has won the Giro del Capo, an international tour that included the Cape Town Cycle Tour as the final stage, a number of times. He says the current ratio of e-bikes to standard in South Africa is roughly 1:8 (this in the R70 000 plus price range), which he predicts will be turned around in the next five years. With an en- try-level price of Cycle Lab’s KTM brand going for R60 000 and a top-of-the-range bike selling for the price of a small car, owning an e-bike must be very compelling. McLean says, ‘You definitely get bang for your buck. It’s an investment in healthy living and the price resistance level is increasing. That said, we understand most people can’t afford to splash out the cash, which is why Cycle Lab has introduced a unique financing system for customers.’

E-bikes have opened up a new world for those whose physical barriers prevented them from normal cycling, adds McLean. ‘It’s liberating for those who may have a heart condition, have back and knee problems or are recovering from an injury or illness, and it increases the longevity of cycling for older people. Because the hill is no longer a slog, they can ride with younger, fitter people and not hold anyone up. Contrary to the detractors, e-bikers can spend up to 65 percent more time in the saddle than normal cyclists, become healthier and see weight loss results.’

It’s also an ego-redeeming solution when the child you used to ‘palm assist’ gently up steep gradients suddenly starts overtaking you on hills in his adolescence.

What an e-bike is not: a cop-out for couch potatoes.

It’s not complicated either. The bike charges on a normal plug and the size of the battery as well as the level of assistance you require will deter- mine how far you can ride.

‘It completely levels the playing field for all cyclists,’ says McLean. ‘And it’s not just for older and mildly infirm riders. Recently, I sold a bike to the parents of a 10-year-old who has a heart condition who can now ride with the family.’

Interestingly, there’s quite a gender difference when it comes to owning e-bikes: 70 percent are owned by men and 30 percent by women globally, with the EU a more dominant 90 percent to 10 percent. However, McLean predicts that this will change in the future as bikes become lighter and easier to handle.

Note to the adrenaline junkies too: just because there’s a motor in your bike, it doesn’t mean you can go as fast as you wish. At a certain speed, the pedal assist stops helping you, although top speed varies from 32km/h in the USA to 25km/h in Europe and South Africa.

There’s always one though… ‘Some people “jailbreak” their bikes – in other words, jippo the system so the bikes go over their maximum speed limit,’ says Deon du Toit from Cycle Lab, an enthusiast whose knowledge of e-bikes is prolific. He mentions a master fitter he knows who chipped his e-bike to go at 70km/h – with disastrous results. He says the speed ‘handbrake’ is there for safety reasons. ‘Turbo boosting the bike is dangerous and readers should definitely not try this at home.’ If the need for speed is not the future of e-bikes, where is develop- ment heading? McLean says despite the quality and technology in cur- rent e-bikes, you can compare the present electric bike technology to the first ‘brick’ Motorola mobile and the development in the next five years to the iPhone 12 Plus.

One of the most recent developments in e-bikes is the larger front and smaller rear wheels allowing a tighter turning circle, with most new developments focused on lighter batteries that last longer and lighter motors. McLean says, ‘The biggest challenge is to make them lighter and less cumbersome. Even though most e-bikes have a walk assist button, which ‘walks’ your bike up hills and over gnarly tracks, the aim is still to reduce the weight – with smaller batteries, motors and lighter frames – to as low as 12 or 13 kilograms.’ The breakthroughs in lithi- um technology have made e-bikes lighter and more efficient, and the most expensive bikes have a range of between 60 to 140 kilometres, depending on how much assistance you use. Current middle-of-the- range bikes can go for around 80 kilometres without recharging, again depending on how much engine assist you use.

It’s the driving force behind investigations into ‘wireless charging’ and even a regenerative braking system on e-bikes. ‘Like Formula One cars,’ says McLean, ‘under braking, the car recovers some of the ki- netic energy and uses it to charge a battery, which can then be used to propel the car again. On an e-bike, this would offer a totally new level of freedom.’

There’s not much ‘not to like’ about e-bikes. So, for those still vacil- lating about crossing to the other side, take Larry Olmsted, Forbes lifestyle journalist’s advice and ‘stop wishing you owned an e-bike and just buy one already’. 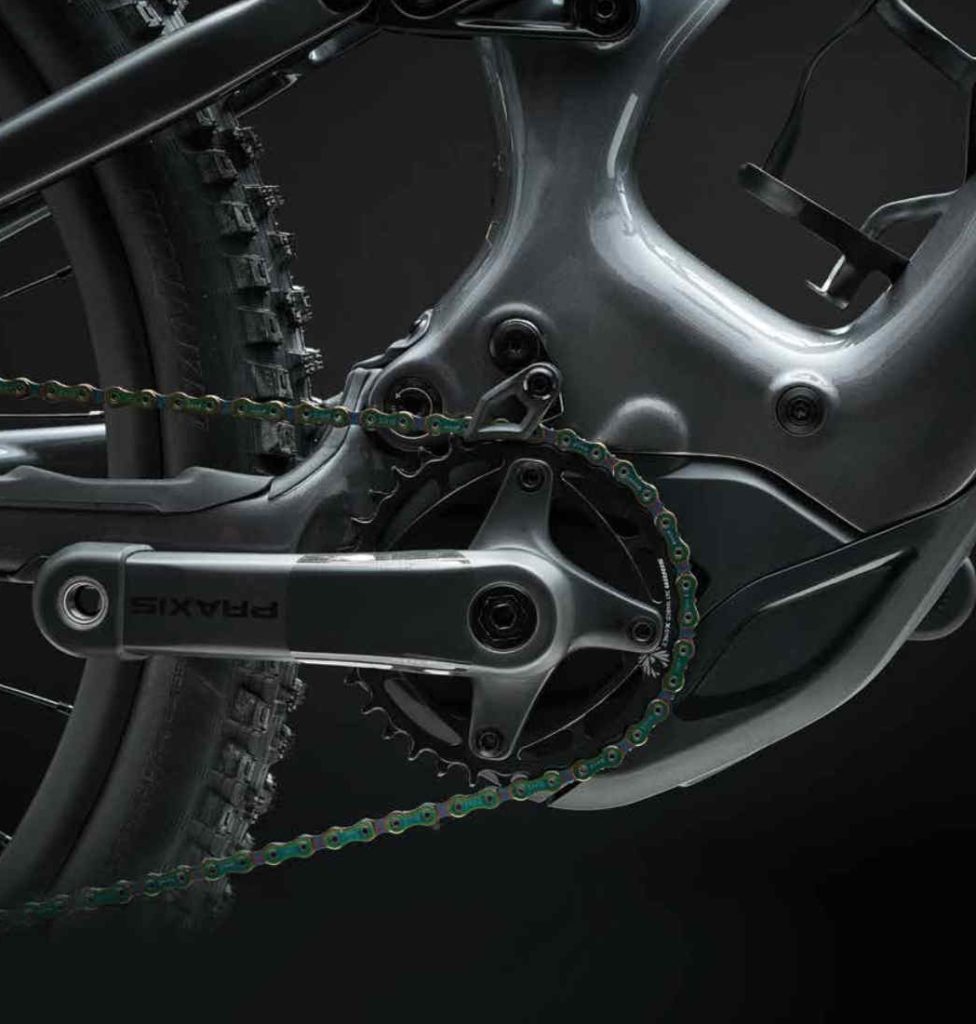 Even BC (‘before Covid’), interest in higher- end e-bikes was growing. Then the global pandemic saw a massive move towards healthier living, getting outdoors and exercising. Combined with improvements in lithium-ion batteries, pricing and power, this led to a surge in the purchase of

e-bikes for recreation, fitness, commuting and even towing a small trailer to the local market to shop. In December 2020, Deloitte released its comprehensive technology predictions, including a bull market for bikes, especially e-bikes. The company predicts that the $25,03 billion spent in 2020, will reach an estimated $48,6 billion by 2028. Europeans are expected to buy an extra 10 million bikes per year by 2030. This 30 million per year total will take bike sales to more than twice the number of passenger cars currently registered annually in the EU.