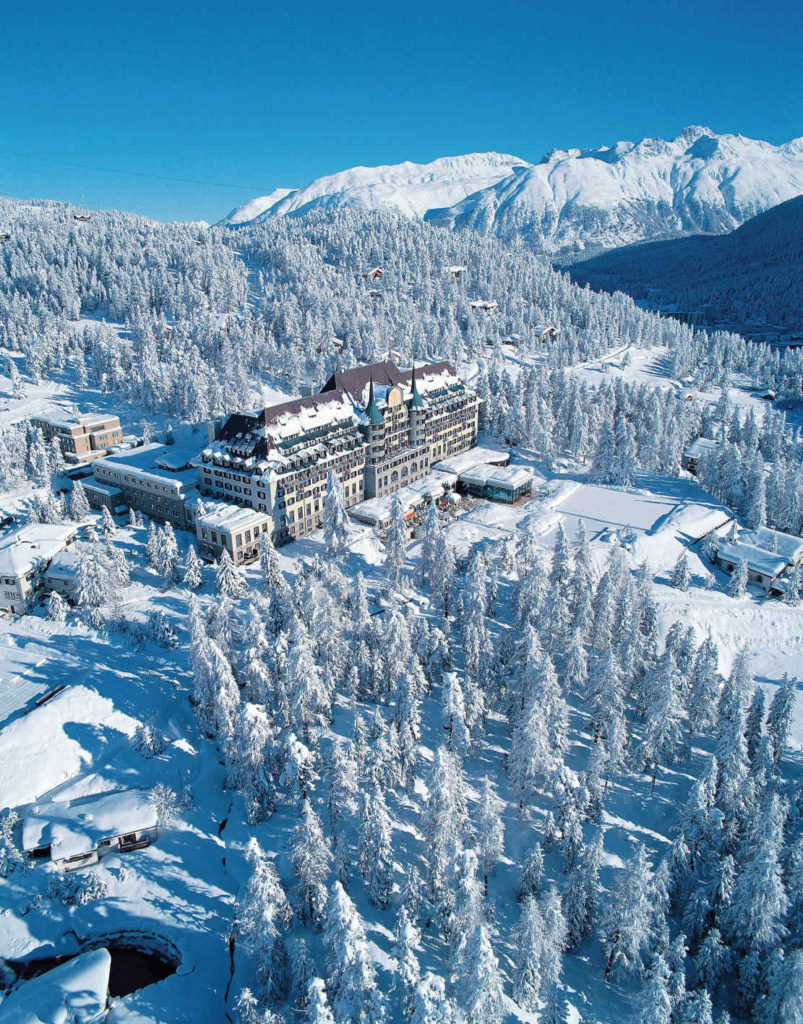 Skiing in one of the world’s top ten ski resorts is on the bucket list of any serious skier. For Kathy Malherbe, it became a reality when she spent time at Suvretta House in St Moritz in Switzerland early in 2020.

It is no surprise, then, that this hotel is an A-list escape, where celebs are secreted away from the paparazzi and prying eyes. The seclusion is by nature and design – a steep and winding road leading to the Chasella’s plateau gives no inkling of the private sylvan property.

The Belle Époque, grace and splendour of Suvretta House lies within a private estate overlooking the lakes and mountains. It’s as if an invisible, frozen moat ensures absolute privacy. It’s clear that the establishment is an exclusive club for the global HNWI’s looking for peace and quiet. And impeccable discretion. It’s no surprise that most guests are returns – with two or three generations travelling together.

Suvretta House was the brainchild of Swiss ski hotel pioneer Anton Bon. Since it was built, owners and management have spared nothing to make and keep it, arguably, one of the top hotels in the world.

Although most of the patrons are Swiss, German or from the UK, South Africans too have found the secret of Suvretta House.

St Moritz was the birthplace of Winter Tourism and home to the Winter Olympics in 2017. It is also home to the Snow Polo World Cup and Frozen Turf horse racing on the lake in winter.

The resort epitomises what a hangout should be for the champagne quafﬁng, thrill seekers of the world but Suvretta House is a cocoon of luxury with unobtrusive, anticipatory service.

You may be close to the village but a chauffeur service departs every 30 minutes, and the ski lift is for guests use only. In fact, Suvretta has absolutely everything you need, no more than a few paces away. A ski hire centre, access to ski passes, a ski school and, of course, a high-end boutique. It has a private ice–skating rink and is the only hotel in the area with a ski–in/ski–out facility to the upper Engadine area. There’s a heated pool enclosed by double glazing and a piping hot outdoor jacuzzi cocooned in fresh snow.

It also houses Soubrette sports school which offers private and group ski classes and 217 miles of pistes. It’s the perfect place from which to ski from Piz Nair (3 056 metres) overlooking St Moritz. You reach it in a gondola which takes a rather gut-lurching trip up a cliff face to the viewing platform and restaurant but once there, you’re left breathless, literally and figuratively, at this altitude – almost a third of the height that a Boeing flies. It’s also bitterly cold, but the restaurant with its glass windows and panoramic view of the snow laden peaks is warm and welcoming. You can test your mettle – off or on piste – from Piz Nair – there are several slopes from challenging black to meandering blue which take you back to the resort.

If you are not skiing around Corvigligia, Diavolezza and Coravatsch, you can try your hand at the sport of curling on the obsessively polished house ice rink.

The private ski lift links you to the main gondola and if the button lift is not your thing, the hotel chauffeur will happily drive you to literally within a few metres of the house lift.

Suvretta House is known for its legendary breakfast spreads and it lives up to expectation, as does The Hall, steeped in tradition and of unprecedented grandeur. The head chef, Fabrizio Zanetti, creates seasonal French cuisine using produce fresh from the market to be enjoyed in the hand-carved oak panelled dining area. In keeping with the hotel’s heritage and charm, there is a dinner jacket code for male guests. It’s no surprise that The Hall won 15 Gault Millau cuisine points (the maximum is 20 which has never been given under the editorial of the original founders). For a less formal meal there is the Suvretta Stube, it is here you can enjoy a traditional Swiss fondue or the Raclette, the traditional Swiss cheese dish.

Since 2014, husband-and-wife team Esther and Peter Elgi’s dedication and standards keep attracting return guests. They are dedicate d and hands-on and Peter says that generations of families come back, bringing additional family members to their ‘home away from home’ with many storing their ski or hiking equipment at the hotel for multiple trips during the year. If there were such a thing as 10 stars, Suvretta House would have them. 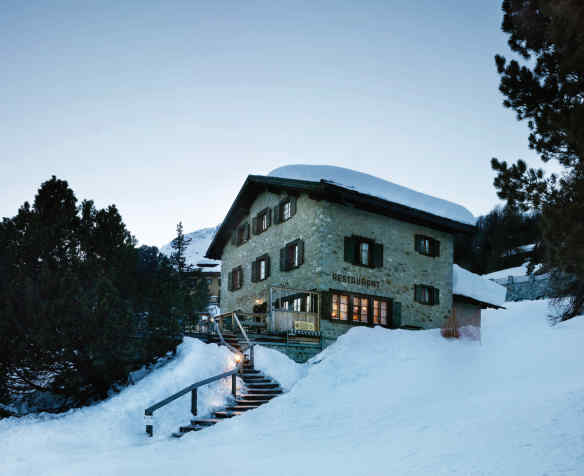 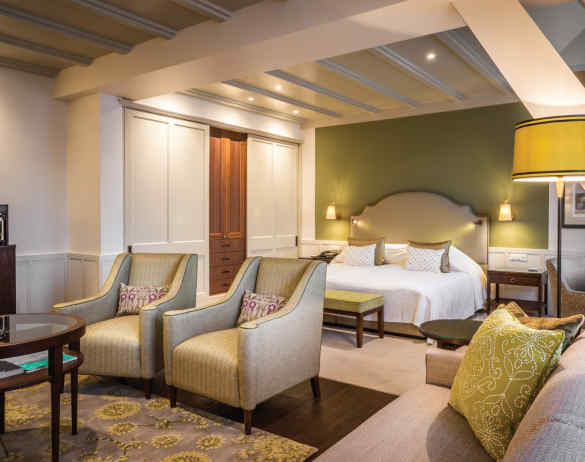