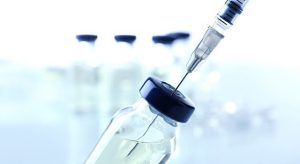 According to the Global Hygiene Council (GHC) the average person misses 4.5 days of work or school due to an infection (mainly colds and flu), with around 91% taking at least some time off. The study – across 17 countries – also found that the South African economy loses more than R2 billion because of colds and flu every year. The good news is it’s not too late to vaccinate. The flu season extends until September so there is plenty of time to have a vaccination.

“About 14.08% of absenteeism in corporate South Africa is related to influenza,” says Gerhard van Emmenis, acting principal officer of Bonitas Medical Fund. “Although the flu vaccine isn’t perfect and there’s no 100% guarantee, it is by far the best way to lessen your chances of getting it. By doing this you can play a part in maintaining your wellness and keeping yourself healthy.”

World Health Organisation (WHO) statistics show that every year there are around 5 million cases of severe flu with between 250 000 and 500 000 resulting in death. In South Africa the flu ‘high’ season is usually from April/May through to August/September.

Called ‘seasonal influenza,’ flu spreads very quickly, especially in crowded areas such as schools and public transport. When an infected person coughs or sneezes, droplets infected with viruses spread and people close by breathe them in. The virus can also be spread by contaminated hands. To prevent transmission, people should cover their mouth and nose with a tissue when coughing and wash their hands regularly.

Get a flu shot

Bonitas Medical Fund recommends having a flu vaccine. It is the first line of defence when it comes to protecting yourself, with studies showing it reduces the risk by about 50 to 60%. The vaccine trains your body to recognise flu and fight it. There are three types of flu viruses: A, B, and C. Type C has the mildest of all the symptoms but type A and B are the cause of the flu epidemics each year.

The vaccine is made up of a small, inactive part of that season’s flu virus. Being inactive, it cannot infect your body with the virus, yet it allows your body to make antibodies to fight it. In that way you’re building up immunity. Should a pandemic occur, at least your body has had time to acquire immunity against the current circulating flu viruses.

Most medical aids offer one free flu vaccine a year and it’s a good idea to take up the offer, otherwise head to your doctor, pharmacy or clinic and pay for a vaccine.

“The annual flu vaccine protects you against the current season’s three or four most common flu virus strains,” explains Van Emmenis. “Besides protecting yourself, it also protects the people around you, especially those more susceptible to getting ill and, if you do still get flu, it will be very much milder.”

Bonitas advises everyone to have a flu vaccine but particularly those in high risk groups and it’s best to have this before the end of April. These include:

To get better take the prescribed medication, stay in bed, drink lots of fluids and give your body time to fight the infection. Both flu and colds are contagious which means you do need to take time off work to recuperate – this will help avoid spreading the disease and with the help of anti-viral medications, supplements and bed rest, you can get yourself well quickly.