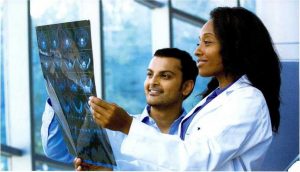 South Africa has one of the best and worst healthcare sectors in the world, depending on your income bracket.

The funding of healthcare in South Africa is a highly contentious issue and it involves a variety of stakeholders. While government is planning their National Health Insurance (NHI) model, private healthcare providers and medical aid schemes are watching in anticipation to determine how it will affect them. In the interim, it is business as usual.

Royal Philips, a health and wellbeing organisation focusing on improving people’s health, released the South Africa results of the first edition of its Future Health Index (FHI) in July 2016. The FHI is an extensive international study that explores how countries around the world are positioned to meet long-term global health challenges through the integration of health systems and adoption of connected care technologies. More than 2 600 health care providers and 25 000 patients were interviewed in Australia, Brazil, China, France, Germany, Japan, the Netherlands, Singapore, South Africa, Sweden, UAE, the UK and the US.

The report revealed that:

“Private healthcare expenditure in South Africa was slightly more than R1 40 billion ($ 1 0 billion) in 2014. South Africa’s level of spending is relatively high by international standards; it exceeds that in the majority of countries of a similar level of economic development and is on a par with some high-income countries,” says Dr Bobby Ramasia, principal executive officer of Bonitas Medical Fund.

But health status indicators, such as infant mortality in South Africa as a whole are far worse when compared to other upper middle-income countries. Privately insured people have outcomes comparable to the best in the world – this comes at a high cost. People in South Africa who can’t afford private medical insurance have some of the worst outcomes in terms of healthcare.

“There is a strong basis for arguing that the key challenge facing the South African health sector is not one of a lack of resources, but rather a great need to use the existing resources more efficiently and equitably.” About 40 per cent of total healthcare funds in South Africa flow via public sector financing intermediaries (primarily the national, provincial and local departments of health) while 60 per cent flow via private intermediaries.

The marked imbalance is one of the reasons why the FHI study reveals that South Africa’s healthcare system is one of the lowest rated by its patients among the 13 countries surveyed.

Medical schemes are the largest financing intermediaries, accounting for nearly 46 per cent of healthcare expenditure. Households’ out-of-pocket payments directly to healthcare providers also account for a sizeable contribution of around 1 4 per cent.

“Expenditure in the private sector has continued to increase on an annual basis since the 1 980s, at rates far exceeding the inflation rate – making membership of medical schemes increasingly unaffordable for South Africans. Medical inflation (unavoidable contribution increases on medical schemes) ranges between 5 per cent and 3 per cent higher than Consumer Price Index (CPI) over the past 13 years,” says Ramasia.

He also believes that fragmented care costs are higher and is concerned about over-servicing. Studies show that an estimated 82 per cent of physicians order more tests and procedures than are medically necessary. “Managed care initiatives aimed at actively managing disease, ensuring the coordination of care as well as strategic purchasing and wellness will go a long way in managing the increasing disease burden and contributing to the continued sustainability of the current healthcare funding model,” he says.

Dr Humphrey Zokufa, MD of the Board of Healthcare Funders of Southern Africa (BHF), agrees. The key challenge facing the industry is how to reverse the current trend, where there is no growth in the number of people that are joining medical schemes. “Those who are on medical schemes are getting sicker and older; they are faced with high contributions on a monthly basis and increases annually that are greater than the CPI. The benefit packages are decreasing, patients are consequently faced with co-payments and at times these benefits run out.”

Zokufa blames government and not the medical aid schemes. “There is enough evidence for government to intervene by regulating the healthcare costs. While there is an argument that the runaway costs do not require an intervention of regulating, we as the BHF disagree. For example, when pharmaceutical products were regulated in 2001 -2003 costs came down and even now the prices are more or less very much in line with the CPI. Whereas the other costs such as pathology, radiology, surgical interventions,bed rates and so on are not regulated and their costs on an annual basis are higher than CPI.

Therefore, the argument that we do not need regulation to bring those costs down does not hold water.”

Ramasia believes this is one of the reasons for the marginal growth in the number of South Africans covered by medical schemes. The total number of medical scheme beneficiaries has increased marginally to nine million lives over 23 years, but the percentage of the overall population on private medical insurance is relatively constant at a very low 16 per cent.

“One of the most important things that we can do to reverse this trend is to explore ways and means of decreasing the healthcare cost on the supplier side (more than 60 per cent goes to hospitals and specialists). To date, we have not successfully done so. It, therefore, still remains a challenge,” explains Zokufa.

“We feel the control of hospital tariffs would significantly contribute to reducing the increases to medical scheme contributions, thereby improving access to a greater proportion of the population.”

“Demand for healthcare increases in times when future job/income/family security are less sure. Recent trends in rises in unemployment correlate with increases in in-hospital claims,” says Zokufa.

A low growth rate is much more than just a number. Economists say that over time weak growth can have an insidious effect on a country’s prospects and options in ways not everyone appreciates.

From a medical scheme industry perspective, which derives most of its members from employees in the private and public sector, this means fewer young people are joining medical schemes, says Ramasia. And when medical aid costs rise, younger, healthier and cash-strapped medical aid members often take a gamble and go off medical aid altogether.

This does little to offset the growing disease burden and the ageing medical aid scheme population, which tend to increase claims and worsening of the age profile of medical schemes. As companies struggle to maintain profits in a low- growth economic environment, they may resort to retrenchments to maintain profit margins, which may result in a decrease in membership for medical schemes.

“The demand for prescribed minimum benefits (PMBs) is also a factor. PMB costs for medical aids have doubled since 2011 for two reasons: first, the increased use of these services, and second, the growing cost of the service by healthcare providers,” says Ramasia.

Zokufa believes that regulation is the answer. “The biggest problem on the funding side is that the regulator does not have enough resources to carry out the regulations in the act. And, in terms of the supply side, healthcare professionals and private healthcare facilities are not regulated but entrepreneurially driven.”

Bonitas believes there should be increased focus on prevention and use of managed- care protocols in disease management and coordination of care and wellness. “We see managed care as a vital tool in controlling disease and ensuring that our members receive access to quality care. With regards to innovation, our administrator Medscheme developed an emerging risk model, which is an innovative tool that the scheme will use to identify emerging risk members before they develop high-risk conditions, thereby implementing managed-care protocols on those members,” says Ramasia.

He added that they have since established that high-risk members comprise a small proportion of the scheme’s membership but account for the largest portion of the scheme’s costs. “Early detection and proactively managing the diseases associated with these members enables the scheme to effectively manage costs related to these members and improve treatment outcomes for those members, hence improving their longevity.”

Elephant in the room

The 83 medical schemes in South Africa should become an integral part of the NHI, says Zokufa. “The skills, expertise and knowledge that we collectively have must be unleashed and made available to various elements and, therefore, must be established from a position of saying there is already a system in place, but it must be re-engineered. The healthcare rand has to be pooled so that there is no fragmentation, and then we should all be looking at delivering universal healthcare – not delivering piecemeal healthcare in PMBs and whatever is in the option that you have chosen.”

With thanks to Dr Humphrey Zokufa, MD of the Board of Healthcare Funders of Southern Africa, Dr Bobby Ramasia, principal executive officer of Bonitas Medical Fund, together with their actuarial team.