Someone smiled at me today,

And I started smiling too.“

There wasn’t a dry eye in the room at the launch of the Operation Smile and Elizabeth Arden initiative in Cape Town on Wednesday.  If a picture paints a thousand words, then video footage does so much more.  We were shown a DVD of a young boy, disfigured by a cleft palate, as he was prepared for and underwent surgery to transform his face, his life and the world of his father.

The operation, lasting 90 minutes and sponsored by Operation Smile, took a five year old boy, Ben, from a world where he could expect to be ostracised, bullied and made fun of –  to that of any normal child his age.  A ‘make-over’ so phenomenal that we were stunned into absolute silence. Except, of course, for the discreet sniffing and scrabbling for tissues.

It was the father of the child who had our emotions in the palm of his hand.  His belief in miracles, his feet nervously stamping, almost kneading the polished floor outside the theatre as he paced and stopped, paced and stopped – anxiety etched on his face.  He had climbed protectively into the hospital bed during the long walk to theatre, enveloping Ben as he was wheeled in. The tears streamed unapologetically down his face as he played a desperate game of ‘last touch’ as he left the operating room.  He was the silent, heart-rending ambassador for Operation Smile.

90 minutes later his son emerged, drowsy and transformed – it was the closest thing to a miracle I have ever witnessed. I could see what Renay Lotz, marketing director of Elizabeth Arden,  meant when she said, “It is the instantaneous and tangible results that make it so special.” 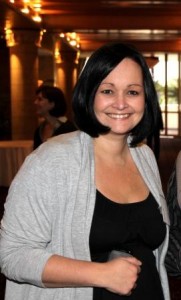 We were invited to the launch of the Operation Smile initiative to Madagascar by Elizabeth Arden who are partners in the campaign.  The joint mission? To transform 100 faces of disadvantaged children with the greatest gift of all – the ability to smile.  Apart from sending a team to Madagascar, Elizabeth Arden will donate R1 from the sale of a range of products to Operation Smile – and expects to raise R500 000 in this way.

Translating into one hundred smiles!

Operation Smile relies on volunteers – surgeons, nurses, social workers who are mobilised into a task team for facial deformities as they move across Africa ‘setting everything straight with a smile.’ Smiles which cross cultural, political and language barriers. Apparently 130 000 people in 51 countries have had their lives set straight with a new smile, proving that a smile in any language is just as sweet!

We  had no sooner dried our eyes when David Grier, adventurer extraordinaire, talked us through a video of his recently completed and first ever, solo Madagascan challenge. It included a paddle from Africa to Madagascar (a distance of 500km) and then a run from south to north. The dangers he faced, the disasters, seemed insurmountable. They rolled relentlessly like a rogue set of waves – a Verimark ad of obstacles, illness, floods and of course, exhaustion.  It was difficult to believe he survived – albeit 20 kilograms lighter. But he arrived home safely to be debriefed and nursed back to health.  All in support of Operation Smile. 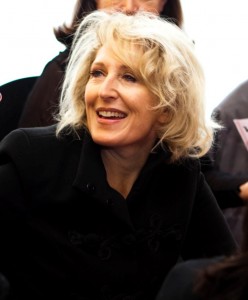 Volunteers, Corporate social investment and heroes have made a difference to 130 000 people – encapsulated by Nelson Mandela when he said:  “A good head and a good heart are always a formidable combination.” 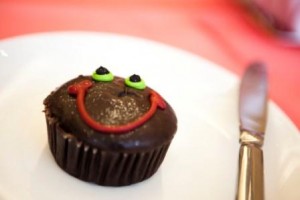