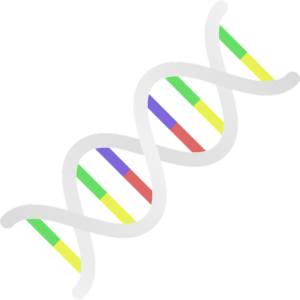 The job is his. The well-oiled cogs of his five-year plan are turning. Slickly. Champion of Business, Change Management Consultant extraordinaire. IQ, EQ and the barage of psychometric tests reveal an open-minded, adaptable, gifted, persuasive, ingenious, prudent risk taker, a strongly goal- orientated strategist. He has charisma a ‘can do’ attitude and is on top of his game. His body is his temple and his habit Armani. Confident, smiling, he is master of his universe. And a tough negotiator – his proposed financial package is impressive – the cost to company staggering. This is the casting agency’s final call for the role of Merger and Acquisition Director. A sample of DNA swabbed expertly from inside his cheek.

Nothing can come between him and his golden future. Except perhaps his genetic make up. And it does. His Genome reveals alarming psychopathic tendencies (52% propensity). He is a snake in a suit. And not a terribly healthy one at that. He also has a 32% chance of developing deep vein thrombosis and having a stroke by the age of 50. Super man has been dropped by his DNA – hard.

Science fiction? Real enough for President Bush to introduce the Genetic Information Nondiscrimation Act – (Gina) law in May 2008. Gina protects Americans against discrimination in employment and health insurance. And not without reason. Millions of fragments of DNA can be stored on a silicon micropchip and each DNA chip is loaded with unimaginable amounts of highly sensitive personal information. And the computer and internet can take this personal information into the public domain. Ergo. The individual’s most private details are out there for the taking.

It all started with the Human Genome Project – a kind of SWOT analysis of your genes and the large bits of DNA between them. It took ten years of collaboration between the world’s top geneticists to sequence the entire genome and track down those responsible for inherited disease and they did. Over 4000 disorders caused by defects in genes were identified.

Which is so many people are Googling Deoxyribonucleic (DNA) + fingerprinting and choosing one of the many companies offering genetic testing. Personal DNA profiles are the rage. And simple. No sleight of hand CSI forensic inserting an ear bud into surprised suspect’s mouth. You just spit. Then cough up (courier the spit sample to the lab and cough up in the currency of your choice – yes even the ‘ront’) for the privilege of finding your identity. Welcome on stage Retail Genomics – paying for a copy of your personal genetic fingerprint. This Grande Entrance is accompanied by wild applause from the ‘haves’ and indifference from the ‘have-nots.’ And at between R2500 and R6000 a spit, it’s hardly surprising. But such is the accolade from those who matter, that a company rather cleverly called 23andme (we have 46 chromosomes – 23 pairs) was voted the Times 2008 Invention of the Year.

“It is this kind of thing that has the potential to give genetics a bad name,” says Prof Raj Ramesar, Head of Human Genetics at the University of Cape Town. “As much as there is a great deal of positivity about understanding bite-sized pieces of one’s genetic material – very little is known even to ‘genetic experts.’ Yes, the 46 chromosomes contain the DNA which is your unique genetic code, but the commercialisation, without adequate public understanding, is somewhat distressing.”

DNA is a spiralling double helix of information in the finest, finest detail. One cell contains two metres of previously confidential information twisted back on itself around a core of proteins. So that it is locked up into the cell’s nucleus. Rather like a double-jointed escape artist folded into a circus trunk. But science found the key and the secrets of the human genome are out. And all your secrets. Which is why privacy is the buzz word in genetic science. And ethical issues about secrecy, anonymity and confidentiality are being raised. Privacy concerns are central. Because Genetic science challenges expectations of the confidentiality, secrecy, and anonymity.

It’s DNA that decides if you are to be a diva or dullard, a rocket scientist or drop out, bunny hugger or hunter. According to a recent article in Time magazine genetic fingerprinting can provide really vital information. And some extraordinarily detailed but arbitrary information. Like, ‘has wet ear wax’, has the ‘ability to taste bitterness in broccoli and cabbage’ and ‘face doesn’t flush when tipsy.’ Nice to know but it is the sterner stuff like 58.4% chance of becoming obese by the age of 59, 34% chance of having a coronary before age 60 or early onset of Parkinsons. All potentially discriminatory information in the wrong hands. Stigmatization by way of your genes is not new. Critics of transparency around genetic make up refer to historical abuses: involuntary sterilization of people with mental retardation around the turn of the century and Nazi abuse and misrepresentation in pursuit of eugenic goals.

So, will a genetic profile really determine your propensity for getting a physical or psychiatric disease or unsociable predisposition? Enough to lose a job? “To a degree, says Ramesar. Think of it as holding your left and right hand in front of you. One is the defective gene and the other your environment. Alone they don’t amount to much. It is only when your hands clap together that a significant noise is made. So for some disorders, for example an over-refined diet, a rough childhood or obesity on the one hand may meet with a genetic weakness on the other hand. The clap will result in colon cancer, psychopathic tendencies or a type 2 Diabetic, respectively.

Ever since James Watson and Francis Crick identified DNA (DeoxyriboNucleic Acid and RNA (RiboNucleic Acid) for which they were awarded the 1954 Nobel Prize, scientists have been fascinated by the most extraordinary molecules on earth.

And they are extraordinary. DNA is like a mini barcodes used in store scanners. They are unique. Feeling special? Don’t. Well not entirely. Just like the barcode – where there is a great deal of shared information in the code – 98.6 to 99.8% of the genetic material in humans is identical. Which means you might be rather similar to those you could consider further down the food chain economically or culturally. And size doesn’t matter. You may only have a few hundred more genes than the lowly mouse or the fruit fly hovering above the bruised peach you should’ve tossed into the compost maker. In fact, we have fewer chromosomes than a fern…But it’s the subtle and ingenious ways they are processed which accounts for the chemistry and characteristics of the person.”

Which makes you unique. ‘Very unique’ as they say. And the scientific equivalent of ‘finding yourself’ in pychobabble has titillated the well heeled. Who have wasted no time in jumping on the genewagon? While smart investors seek fortune others seek flaws. Google has invested millions in 23andme and society ‘icons’ like Ivana Trump, Rupert Murdoch and Warren Buffet have bought into it in another way, looking for their little Achilles heel ‘s’ (or to prove their absence).

‘23andme is faddish’, says Professor Ramesar, cutting to the quick. “And a conversation piece at dinner tables. But I’m not surprised people are investing in genetic fingerprints. The market is huge. Who doesn’t want to know what the future holds? The problem is the risks aren’t well understood and they are population bases which can be almost meaningless at the individual level.” Despite assurances by these companies that ‘people can take these results to their physician and integrate them into a health care programme,’ Ramesar says, “I would imagine that taking risk estimates to your physician firstly needs the physician to understand the implications of population risk on an individual and for him to buy into this kind of crystal ball medicine. Hardly grounds for discrimination…

Genetic engineering (GE) too, is surrounded by ethical issues and questions. is considered one of the greatest scientific breakthroughs in recent history alongside the atom and space flight. Carried out by sophisticated and highly technological precise art, it is practised by ingenious scientists with brilliant brains. Genetic engineering has actually been practised for many years: For example, making human gene products in bacteria; in this way scientists have made life-saving Insulin – previously only available for diabetics from animal sources, with attached risks. But it was Gregor Mendel’s pea that made people sit up and take notice (much like the princess). Interested in the similarities between parents and offspring Mendel crossed certain characteristics of plants and showed that it was possible to produce a predictable hybrid (cross). The rest, as they say is history.

And even though it is incredibly valuable for Medical, Agricultural and Pharmaceutical reasons, there are always those who would like to push the envelope.

Like parents. Who want their offspring to be good at something. Anything. So is it possible to insert good looks, intelligence, artistic ability (tidiness?) into a fertilized egg? Yes, it’s possible. But Dr Francis Collins, who spearheaded the Human Genome Project, and recently appointed Director of the National Institutes of Health in the USA cautions: “Add gifted musician to your child’s genes won’t guarantee an endearing adolescent. You could just as easily end up with a sullen teenager who smokes reefers and has an autistic bent. Apart from composing music like Beethoven and tickling the ivories like Rachmaninoff he will say ‘whatever’ – often.

And then there is the proponent of apparent chemistry between two people. And they too are making money out of it. In DNA-speak genes are the new six pack…

So, says Eric Holzle, founder of the DNA dating company Scientific Match, explains that his company compares six genetic markers in human DNA to define compatability between potential mates. It is based on a theory that people are “attracted to others with different immune systems than their own so they can create healthier children. Which is nature’s aspiration after all, survival of the fittest. The company claims that these perfectly matched couples have a healthier and more satisfying sex life.

Professor Ramesar says wryly “there is no single gene or 6-pack that makes individuals attracted to each other beyond a hormonal rush.” And he finds the idea highly… well… undesirable. Science makes it possible to investigate pretty much any aspect of the human condition – correlation with looks, physique, sportiness, disease susceptibility etc. My sense is it is a bit of a money-making racket.” And of course there is a sucker born every day.” And a pretty desperate one at that.

Dating aside what of the future of genetics? Procreation of the fittest only? And being judged on all levels by your genome? Perhaps something along the lines of the futuristic movie, Gattaca – a nightmarish look at human genotyping… Where your CV is a genetic profile, your job interview a urine test. Despite genetic deficiencies the myopic and vertically challenged hero, Vincent, buys a genome superior to his. Vincent wins. Just like Albert Einstein and Abraham Lincoln, Vincent’s will and spirit beat genetic disposition in a feel good ending.

That said, the family tree is not just there to involve the whole family in a painstaking Grade 1 projects. As bravely as people overcome deficiencies in their genetic fingerprints, the codes you are born with just can’t be ignored. You only need to ask the village of two-toed people living on the banks of the Zambezi river …