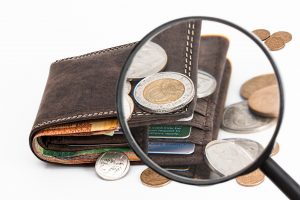 “The reduction and elimination of fraud, waste and abuse will impact on medical aid contribution increases,” says Gerhard van Emmenis, Acting Principal Officer of Bonitas Medical Fund. More importantly, benefits could be enriched to pay for even more critical healthcare and treatments. He says, “Fraud, waste and abuse is one of the biggest contributors to escalating healthcare costs as the fee-for-service model of payment encourages people to over-charge or over-service for profit.”

The cost of irregular claims

Last year Bonitas identified over R79 million in irregular claims involving medical practitioners. Money which could have been used to pay for around 57,000 more GP consultations or eight lung or liver transplants. “It’s a travesty that greed ultimately denies others the opportunity for quality healthcare,” says Van Emmenis.

Who are the culprits?

Van Emmenis says fraud may not necessarily be on the increase but the high-level analysis means medical schemes are uncovering substantially more fraud than previously.

Time-based health practitioners: “2016 data revealed a massive increase in costs for allied/auxiliary service providers,” says Van Emmenis. “These are your dieticians, physiotherapists, psychologists and most time-based non-surgical healthcare practitioners. Using big data analytics, we are now able to identify these culprits much sooner, some of whom claim as much as 50-60 working hours a day!”

Waste and abuse is far higher than fraud and is more easily quantifiable in terms of values as it is usually a clear contravention of tariff codes or a rule that exists. Most of the common practices include:

When the economy is bad, people including medical practitioners and suppliers can get desperate. There are so many ways in which the system can be manipulated. For example, if a doctor does not get enough patients to cover his expenses he may well resort to abuse or fraud. If a member has used all their out of hospital expenses, a doctor might admit the patient to hospital just to access more benefits. If hospital occupancy is low, the hospital may well extend the stay.

Who pays the price?

As medical aid schemes became acutely aware last year during the increased tariff period, everyone suffers, including the general public. Schemes have to introduce double-digit increases which are sometimes unaffordable. This forces members to buy down or leave the medical scheme and join the public healthcare sector. This not only creates an additional burden on the state where they are already under-resourced but medical schemes start to stagnate if they are losing members and the vicious cycle of premium increases continues.

What is the best deterrent?

“In our experience, the biggest single deterrent to fraud, waste and abuse is making it known that we are actively investigating every suspicious or unusual claim or activity. Education in terms of the relationships with medical aids, their members and the healthcare providers goes a very long way in curbing the abuse of medical aid benefits and, as such, our approach to fraud management speaks to this education component in all the matters we deal with.”

We believe in ‘prevention is better than cure’, and encourage the members to participate in the process. For example by checking their accounts and questioning strange or unfamiliar claims.

Van Emmenis believes that working together is the only way to combat this scourge in the industry. To this end SA Fraud Prevention Services (SAFPS) is encouraging all the roleplayers to come aboard its new initiative. This is a listings database where details of reported and investigated cases are captured to enable all members of the initiative to mitigate their risk with the sharing of information and identifying serial abusers or fraudsters.

Bonitas actively participates in industry initiatives including the SAFPS, The Healthcare Forensic Management Unit (HFMU) and Association of Certified Fraud Examiners (ACFE) as well as a range of associations focused on preventing fraud.

Who deals with the perpertrators?

The only body who can deal with this is the Health Professionals Council of SA (HPCSA) or the Pharmacy Council. There is no one monitoring the hospitals. The Medical Schemes Act states that it is a criminal offence but, due to volumes and complexity, it is difficult to prove intention beyond reasonable doubt. A more effective measure is to stop payment.

“We believe the HPCSA are too lenient on offenders. According to Section 66 of the Medical Schemes Act, medical aid fraud, committed either by a member or a healthcare practitioner, is a criminal offence which carries a fine or imprisonment or both,” says Van Emmenis.

Fraud and abuse is committed by a small number of healthcare providers but is a major cost driver in terms of financial impact. Bonitas is leading the way in effectively detecting and preventing the fraud because substantial losses are suffered and it adds between R192 and R410 per month to every principal member’s medical aid contributions.

In conclusion Van Emmenis says it will take a combined effort of the regulatory bodies, the professional associations and the medical schemes to raise the necessary awareness and stop fraud, waste and abuse going forward.

A member found guilty of committing fraud will have their membership terminated. All fraudulent claims submitted will be reversed and the member will be liable for them. A criminal case will also be opened. In addition, members who commit fraud may also have their employment jeopardised – especially in cases where their medical aid contributions are subsidised by their employer.

In instances where a healthcare provider is guilty of committing fraud, all fraudulent claims will be reversed. The provider will be reported to the relevant regulatory body and a criminal case will be opened.

A psychologist was investigated after his claims were analysed. It was found that he was claiming for services, rendered to Bonitas members, for durations up to 57 hours per day, which is impossible. The psychologist was operating a sole practice and did not employ any additional psychologists and services and claims are hour-related.

After an investigation was conducted it was established that the psychologist submitted false claims and used the following methodology:

A criminal matter was lodged and the psychologist was prosecuted for fraud.

Information was received that several pharmacies, in a specific area, were supplying members with cash, toiletries and groceries. The pharmacist then submitted false claims to cover the costs for the non-claimable articles.

Upon further investigation, it was found that pharmacists of six pharmacies were operating in conjunction with several GPs to carry out this scheme. The following modus operandi was uncovered:

A full-scale investigation in conjunction with the SAPS was lodged and an undercover operation was conducted, pharmacists from six pharmacies and several GPs were arrested and prosecuted successfully for fraud.

“These examples paint a very gloomy picture,” says Van Emmenis. “They reveal not only how our own members were involved but also how their fraudulent actions quickly spread to allow further fraud against the scheme in their names. These members also clearly did not realise the extent of the impact of their fraudulent actions on themselves. Their membership employers usually subsidise contributions.”

If you suspect any medical aid fraud, contact our independent Whistleblower Hotline on 0800 112 811.