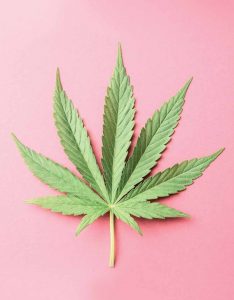 The weed war continues with medicinal marijuana and its loudly trumpeted benefits up against the recreational version now under the spotlight as a legal low-grade drug – at home anyway.

The ruling in the Western Cape high Court in March this year that you may grow and use weed in the privacy of your home came hot on the heels of legislation in February regarding medicinal marijuana. The court ruled that banning the use of recreational cannabis in the privacy of your home is unconstitutional. in theory, you can nurture your weed among your organic herbs and consume it at home. in reality, however, you can still be arrested but can apply your constitutional right to use, grow or possess dagga as a legitimate defence in court.

Legalizing medicinal marijuana has also been hotly debated for many years and the two announcements appear to have created more confusion than clarity.

Medical marijuana has been demoted by the Medicines Control Council (MCC), South Africa’s drug regulatory authority, from a Schedule 7 to a Schedule 6 drug. The Department of health also announced that the growing of medicinal marijuana will be legalised, but under strict regulations and stringent security to ensure a quality-assured product for medical, scientific and clinical-research purposes.

So, while it appears that the door is open for medical marijuana to be grown, that’s where the roll-out plan stops. legislation for its manufacture whether in oil, capsule or patch format as part of an integrated approach to healing and palliative care is missing. It takes about five years just to register a medicine, so it will be a very long time before we see this product on pharmacy shelves.

Which is surprising since scientists globally have been studying marijuana for years. To date 10 countries (aside from the uS) have legalised medical marijuana.

Father of marijuana research, Raphael Mechoulam, has been studying the plant for more than 50 years. While at the Weizmann institute of Science in Rehovot,  Israel, Mechoulam ingeniously secured confiscated hashish from the head of israel’s investigative branch of the national police for use in his studies. His research led to the identification of the endocannabinoid system, a major physiological system  in the human brain and central and peripheral nervous systems. it consists of cannabinoid receptors, located throughout the body, whose main role is to maintain the body’s internal equilibrium like sleep, appetite, stress, mood, memory, reproduction and fertility and pain regulation.

Most importantly, they play an important part in regulating inflammation, which is said to be the root cause of all disease. it’s not at all surprising given the plant’s ‘secret stash’ of health benefits.

There are more than 100 cannabinoids identified in the marijuana plant, of which tetrahydrocannabinol (ThC) – this psychoactive cannabinoid causes the legal issues – and cannabidiol (CBD) have been studied the most. They both interact with the cannabinoid receptors found in the human body.

CBD is usually extracted from hemp and is used legally all over the world including South Africa. huge quantities of hemp are needed to make CBD oil so the end product is expensive. epidiolex is one of the better known CBD oils available locally and is a 99% oil-based CBD extract from the cannabis plant. The medicinal quality of the CBD oil, coupled with its failure to produce a ‘high’ effect, make it popular for medical applications.

it is when the ThC content in the oil is too high that it becomes illegal. THC has a profound effect on your state of mind. It works by imitating the effects of anandamide,  a neurotransmitter produced naturally by the human body to help modulate sleeping and eating habits, as well as the perception of pain. Anandamide is also noted to result in relaxation, fatigue, hunger and reduced aggression. even though ThC will mimic these, it is when the quantity of ThC is increased dramatically through ingesting or smoking that the brain becomes overactivated and the negative effects outweigh the positive – both mentally and physically.

Currently doctors and specialists may not and do not prescribe marijuana oil and don’t get involved if their patient is taking it. The patient sources the oil from a supplier they have ‘heard about’. The medical application and the reason why the oil containing both CBD and ThC is being taken by patients, is that research indicates it may be able to treat anything from the negative side effects of chemotherapy to helping to reduce the pressure inside the eye in glaucoma and stimulating the appetite in AiDS patients.

Apart from the palliative effect on cancer patients, can cannabis ‘cure’ cancer? Mechoulam says: ‘There are many reports on the treatment of various cancers in mice; unfortunately, well-designed human trials have not been done. it is unbelievable that neither government agencies nor private foundations have gone ahead or encouraged clinical trials – but this is a fact!’

When there is this amount of debate and interest, there must be money to be made in the medicinal-marijuana market. Those with investment savvy have already tapped into the market where research predicts a 30 percent compound annual growth in the US between now and 2020.