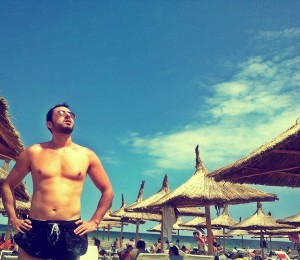 Often the villain when it comes to skin damage, light may just be an unlikely hero in the ageing wars.

LIGHT HAS A BAD REP when it comes to ageing. We associate it with damaging UVA and UVB rays that cause sunburn and skin cancer. The good news is that it seems light could take years off your skin, provided you get the correct wavelengths, pulse brightness and time exposure. It’s all about the circadian rhythm, the internal biochemical, physiological and behavioural process in all living forms. No, it’s not mumbo jumbo – ask the blokes from Nasa.

Using light-emitting diodes (LED) for anti-ageing is literally rocket science. LED was first used at Nasa’s Marshall Space Flight Center in the late ’80s to expedite the growth of plants where there was no natural light. And scientists stumbled onto a human application: the astronauts who were exposed to the LED were thriving – in fact, they appear to have sneaked a mini face-lift at zero gravity.

To back up their observations about the skin- rejuvenating properties of LED, Nasa embarked upon a series of clinical studies using variations of nanometers (nm) that control the depth of the energy and therefore the penetration into the skin. They discovered that specific wavelengths of light enhanced DNA synthesis, leading to the production of new collagen and elastin.

Lee O’Brien, who has brought Bio-Synthesis LED light therapy to South Africa, treats ageing with a Bio-Synthesis Technology Facial and the highly active ingredients in the Hyaluronic Masque, which is placed over on top of the Chromatic Serum. If you’re at the age when you need this type of treatment, you are unlikely to remember any of those, though. But neither would you need to.

The light therapy irreverently can be compared to an LSD trip under strobe lights, and such is the frequency of the flashing that the treatment is contraindicated for epileptics. The Hyaluronic Masque cools it all down and seals in the active ingredients as the LED penetrates the target cells.

The red light, at 640-700nm, travels deep into the tissue and permeates the cell membrane, at which stage the mitochondria become hyperactive. This drives the ATP – the cellular energy source that powers the human body – wild. Collagen and elastin synthesis is increased to promote younger-looking skin. The blue light is shallow and attacks acne activity, the yellow light addresses inflammation and detoxing, and the green light focuses on pigmentation.

Be as sceptical as you like, but O’Brien says LED light therapy is ‘natural technology’ that’s ‘not restricted to anti-ageing. It is highly effective on wound healing.’

And what does the future hold? According to O’Brien, LED light therapy is continuously evolving, and yesterday’s sci-fi is today’s technology. She believes it won’t be long before LED bars are launched where you’d pop into a square-metre booth during lunch time for a treatment. You won’t only see the light, your ATP will too. And that’s what counts in the rejuvenation game. What’s more, it’s non-invasive so no-one needs to know where you really have been during your break…