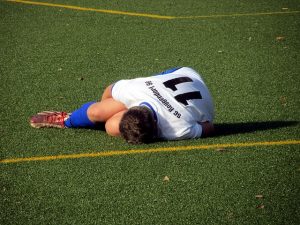 Could stem cells, the building blocks of our bodies, be the key to future regeneration and healing of our damaged bodies?

THERE’S NO QUESTION THAT GREAT ATHLETES keep orthopaedic surgeons in business. For others who have spent their school years, 20s and 30s pushing their bodies in athletic pursuit, knees, ankles, backs and shoulders are often the casualties. But for those who refer to their knees as ‘good’ or ‘bad’, not ‘left’ or ‘right’, there is hope.

Cartilage damage is often the nemesis of recreational and professional sportsmen, but according to Dr Simon Moyes, consultant orthopaedic surgeon at the Wellington Hospital in London, while cartilage regeneration has been the ‘holy grail’ for orthopaedic surgeons for some time, it now appears medicine has made its own athletic leap forwards in the science of stem-cell research. Moyes says that while using stem cells is still theoretically experimental, trials globally are ongoing and showing good early results.

Stem cells have an interesting history, although their usage has in the past been tainted by controversy. In the mid 1800s it was discovered that stem cells were the building blocks of the human body, and that some could transform into other kinds of cells for repairing tissue.

‘Pluripotent stem cells found naturally in embryos are like little genies, able to turn wishes into commands by turning themselves into any tissue in the body,’ says Dr Janine Scholefield, senior researcher at CSIR Biosciences. Scientists are, however, creating similar cells from skin in the lab, called induced pluripotent stem cells (iPSCs). ‘On the other hand, multipotent adult stem cells, such as those sourced from adipose tissue (fat) are able to make certain subsets of other cell types but not every cell type that exists in the body.’

Whatever the potency, stem cells are the mother of regeneration. Even before birth. Discover magazine has reported on studies showing that, when a pregnant mouse has a heart attack, her foetus donates some of its stem cells to help rebuild the damaged heart tissue… apart from the natural migration of stem cells from baby to mother. It may be as simple as ensuring your host is healthy, but it is still miraculous.

Research is showing that, much later in life, stem cells are able to regenerate those niggly bits of our bodies that silently wear away as we age or are affected by injury. Many tissues in the human body are maintained and repaired naturally by stem cells. These tissue stem cells, although very different from pluripotent stem cells, are responsible for healing and regeneration. It is not only research but also harvesting techniques that are improving exponentially.

Unfortunately the number of stem cells we produce decreases as we get older, but they are still accessible and invaluable. Moyes and his colleagues in London are harvesting them to heal, among other things, knee cartilage and Achilles tendons.

But, beyond good news for athletes, could the process be the saviour for a multitude of maladies – and possibly previously incurable conditions? Canadian doctors recently announced that aggressive chemotherapy, followed by a stem-cell transplant, may halt the progression of multiple sclerosis (MS) and, in some cases, reverse it.

If our bodies are potential gold mines, where do the rich pipes lie? Surprisingly, fat provides an abundant source. ‘In fact,’ says Moyes, ‘the commonest ‘ source of stem-cell harvesting is from adipose (fat) tissue around the navel and the flanks.’ So, if it’s your wont, you can have a little belly-fat reduction at the same time! But stem cells can also be sourced from bone marrow through the iliac crest – all minimally invasive procedures.

For those who wonder how stem cells know which of the more than 200 different cell types they need to divide into, Scholefield says people do entire PhDs on this subject. ‘Essentially, the cells get clues from the environments in which they reside and use these cues to generate new tissue.’ The DNA in our cells provides the blueprint and, through a carefully orchestrated series of events,  switches on certain genes while switching off others, all of which results in the cells adopting characteristics specific to the tissue in question, be this cartilage, bone or any other cell type that may need to be regenerated.

Although ideally we should harvest stem cells when we are young and spritely, cells from adipose tissue in older individuals still have excellent regenerative properties. However, ‘at the moment we are unable to store stem cells,’ says Moyes.

Not because they have a ‘cell by date’, but because there are strict regulations about storage. ‘If they are stored they are classified as a new drug and can only be used with a special licence.’ In essence, says Moyes, ‘it has to be a one-shop scenario’.

Is there a risk? There is a risk of malignancy with pluripotent stem cells, but this risk is minimal with adult stem cells.

HOW IT REPAIRS YOUR BODY

In a study from Regeneus in Sydney, Australia, where fat-derived stem cells were injected into arthritic knees, 80 percent of patients saw a roughly 80 percent reduction in their symptoms. The stem cells can be sprayed onto a collagen matrix post arthroscopic micro fracture, or incorporated into a type of glue that is put onto the area of cartilage trying to repair itself. In America, stem cells derived from bone marrow are used to augment tendon repairs in the shoulder, elbow and knee, particularly with high-level sportsmen such as American football and baseball players.

Scholefield does caution about general stem­cell ‘miracle cures’. Just as in any industry, there are ‘snake oil’ stem-cell practitioners who promise the world. She says it is absolutely essential to only consult a reputable specialist. Dr Paul Knoepfler, associate professor in the Department of Cell Biology and Human Anatomy at Shriners Hospital in Sacramento and voted one of the top 50 scientists in the stem-cell field, has a blog called Niche, which is a kind of stem-cell Snopes, using extensive research, and a focus on the safety of stem-cell treatment to separate fact from fiction.

‘I think the next big step in the development of general stem-cell research and treatment will be the introduction of stem-cell banks,’ says Moyes, ‘where young people will be able to store their stem cells and have them grown up or expanded in a laboratory for future use at any stage. Not too dissimilar to how women may freeze their eggs when they are young. The potential for stem cells is enormous and very exciting.’