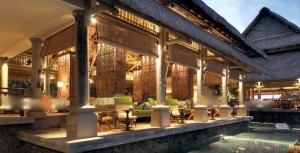 IN 1975 THE CONSTANCE GROUP, local sugar cane industry players since 1920, diversified into tourism. Good call. Their change of focus was a brilliant investment in an island that attracts over a million tourists a year. The group’s strong regional heritage means that the hospitality of the islanders is a common thread in the portfolio of luxury hotels not only in Mauritius but in the Maldives, Seychelles and Madagascar too. All the Constance Hotels and Resorts properties are winners of a growing list of prestigious international awards for luxury hotels.

Constance Belle Mare plage and Constance Le prince Maurice on the northeast coast of Mauritius are just an hour from the Sir Seewoosagur International Airport – or a few minutes by helicopter. Each hotel is unique in its history and natural beauty, as well as a tribute to the art of landscaping.

The hotels offer a variety of land-based activities and water sports, including catamaran trips, deep-sea fishing, submarining and kite surfing, and being protected by an offshore coral reef, it’s perfect for diving and snorkelling.

Sometimes it’s best to enjoy the hotel as a lotus-eater – in the pleasant stupor induced by excellent cuisine, award-winning wines and the discreet service. There is little reason to move with enough space on the two kilometre stretch of beach at Constance Belle Mare Plage to feel as if you are quite alone.

Constance Belle Mare Plage is also a favourite among golfers – the two championship golf courses, The Legend and the more recently built Links are signed off by champions Hugh Baiocchi and Peter Alliss respectively and hosted by resident pro Marc- Antoine Farry. Not surprisingly, the resort received the VIP International Traveller’s Readers’ Travel Award for the Most Outstanding Golf Resort Worldwide in 2013.

For the gourmands, Constance Belle Mare Plage has no fewer than seven restaurants specialising in traditional, Mediterranean and French cuisine, and fusion foods. The Blue Penny Cafe is headed up by chief chef Frederic Goisset, who works closely with the sommelier to create a six-course sensory pleasure of haute cuisine paired with fine wines.

The name of the restaurant has a delightful story behind it. In 1847 the country’s first Blue Penny postage stamp was designed and engraved in copper by a British engraver. Instead of engraving ‘Post Paid’, legend has it he made an indelible error in the copper plating saying ‘Post Office’. Other sources say it wasn’t a mistake at all but either way only a handful of

stamps were printed before the wording was changed and the government sought the ones that had slipped into circulation. In 1933, a Mauritian syndicate of businessmen bought two of these stamps for $2,2 million dollars and they now have pride of place in the Blue Penny Museum.

Many years ago the exotic spices and produce of the Indian Ocean were sought after by traders. It was to taste the Creole cuisine with its essential and liberal addition of these spices that we joined chef Aundoo at the Deer Hunter restaurant overlooking The Legend golf course. Like the Blue Penny, the restaurant is not named gratuitously. Herds of Java deer wander across the grass. Traditionally brought in for hunting, they are now free to roam the fairways and nibble on the nouvelle cuisine of the landscaped tropical flora. The dish for our making was ‘Curry Poule au Garam Masala’, a traditional Creole curry with ginger, garlic paste and a host of spices.

All this activity and gastronomy can be exhausting. The U-Spa by Constance brand of pampering exclusive to the Constance Hotels and Resorts group – inspired by plants and fruits of the Indian Ocean like ylang-ylang, vanilla frangipani and sweet orange – offers relaxation or energising treatments.

Constance Le Prince Maurice hotel was perfect as the next destination. The moment you walk through the marble entrance you feel the sense of peace. The sheltered bay is framed by the cyan-brushed water – it is like a secret hideaway. There are three restaurants, one of which, Le Barachois, is reached by following a winding boardwalk over a fish reserve teeming with exotic fish, chubby and protected from becoming dinner. The lights glow softly in the darkness of the lagoon and there is no sound besides the guests enjoying the excellent fusion cuisine with liberal choices of seafood. Oenophiles will not be disappointed either – fine wines play a pivotal role in the dining experience.

The wine cellar is the centrepiece of a sumptuous table at Constance Le Prince Maurice. There are more than 25 000 bottles in the 17m2 cellar and a maximum of 10 guests can enjoy a tasting while snacking on delicate pieces of carpaccio sliced to order. The head sommelier of Constance Le Prince Maurice, Jerome Carlier, is animated and passionate about his wines. Apart from the quite understandable selection of fine French wines, South African wines form a substantial part of the menu. Carlier talks fondly of Franschhoek, Stellenbosch and the famous cellars where he has selected special wines.

Constance Hotels and Resorts group describes the hotel as ‘somewhere between heaven and Earth’ but after unwinding in this tropical hotel, enjoying the exclusive hospitality and gently strolling between spa, pool, beach, bar, restaurant and the luxurious rooms, you cannot but help thinking that the scales are tipped heavily towards heaven.

Download the full article on travelling to Mauritius here.