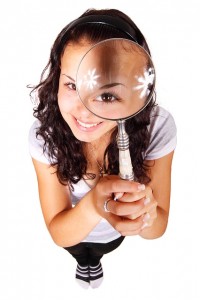 Nanotechnology has the ingenuity of a lillipution meccano-come-chemistry set where scientists manipulate the secrets of nature. Think a sub-microscopic lab bench on which you can handle cell components, viruses or pieces of DNA, using a range of tiny tools, robots and tubes.

But Nanotechnology is more than just shrinking – it is about manipulating matter at a molecular level (previous only in the realm of nature and deities) so that new properties emerge, If visionaries are correct, this could lead to robots you can hold on your finger tips, healing space suits, space elevators, miniscule cancer sensors and tiny, tiny, life support systems.

So what is Nano? Nano is based on the Greek word ‘nanos’ meaning ‘dwarf’. In scientific terms, a nanometre is – a billionth of a metre, a millionth of a millimetre. Simply put 40 000 times smaller than the thickness of a human hair. The Harvard Medical School shies away from pinpointing the actual size of a nanoparticle but prefers the USP: The ability to work on nature’s work bench. A nanoparticle, according to the International Council for Scientific Unions ICSU – the global authority in science – ranges from 1 to 100nm. If you’ve ever tried to thread a needle, you’ll appreciate that working in these proportions would seem impossible to see, never mind manipulate. “High voltage electron microscopes’ are the only tools that allow this,” says Professor Malik Maaza the UNESCO UNISA Africa Chair in Nanosciences/Nanotechnology and Chairman at Ithemba labs says,

It’s hard to get your head around it. The good news is you don’t have to. There is a plethora of very clever scientists out there not only imagining nanos, but harnessing the power and working little miracles. Some may take 20 years, some are quicker than Dr Frank ‘n Furter could ‘make him a man.’ It’s a giant leap of understanding but hasn’t stopped society being excited about the limitless possibilities.

Exciting enough for many well-established corporations and governments to clamber to invest large amounts of money into the nanotechnology industry. The size of nanoparticles appears to be as inversely proportionate to the fiscal impact it is having on the global market.  Think monopoly money as R&D, engineering and pharmaceutical companies invest billions into the first technology that can intervene at levels at which biological systems operate.  Apart from NASA’s investment in rocket science, the cosmetic industry which is the frontrunner, nanotechnology is going to make the most profound impact on medicine.

Already billions of dollars have been estimated to have been invested by governments like the U.S. National Cancer Institute into the research of nanotechnology. This burgeoning science which designs molecule-sized smart machines has everyone climbing on the nano wagon.

For example in 2008, a total of $200 million was given to various institutes of health for their future ‘nano-research’. Since then, the value of this budget has increased so dramatically that the industry of nanotechnology is predicted to be worth $1 trillion by 2015. This is due to the powerhouses of the European Union (such as the United Kingdom, Japan and Germany).

Just because it is taking off doesn’t mean the idea of utilising products at such a specific size to achieve things that were previously unattainable is new. Nature has been doing it for eons. It was first touched on by the physics professor, Richard Feyman in 1959, in his renowned speech ‘There’s Plenty of Room At the Bottom’. He was spot on. Professor Maaza says, “It is the capability to build matter from the bottom up and to stop the building when the target property is reached”.

The potential that nanotechnology has in the medical industry is growing exponentially and the possibilities are teetering on science fiction. It is the new silver bullet that makes brilliant medical breakthroughs like transplants, vaccinations, antibiotics, radiology, antiviral and the polio vaccine not quite ‘also rans’’ but close and will take genomic medicine for one, a whole leap forward.

Think nano cars that can deliver medicines to specific cells, nano factories which develop drugs on site for attacking metastatic cancer nanoparticles, nano delivery vans which can penetrate the blood brain barrier, nano robots which can be made from DNA… The possibilities are endless

Professor Maaza gives some practical examples of these sub microscopic nano delivery vans that can take chemotherapeutic drugs to cancerous cells without causing baldness, weight-loss or any of the other negative side-effects associated with chemotherapy. A massive breakthrough for cancer patients.

For diabetics it is no less miraculous. A nanocapsule containing insulin, for instance, will be able to monitor the glucose level in the bloodstream of a diabetic and, using chemical reactions will adjust the quantity of insulin released accordingly. This would be a revolutionary technology for diabetics who will no longer need to constantly monitor their glucose and insulin levels.

And when it comes to the scourge of Africa Malaria and TB, there is a massive nanotechnology initiative supported by the Bill and Melinda Gates Foundation. An encapsulated drug is sent to the exact infected cells in the equivalent of 2 percent of the width of a human hair. Instead of a smartie box of pills ever day, with unpleasant side effects, sufferers will be able to take a single dose that can last up to weeks.

For those who need smelling salts at the sight of a hypodermic needle, drugs that currently can only be delivered through injections will soon be sold in pill form, making these drugs more accessible to the public as there will be no need to go to hospitals or clinics for injections.

In diagnostics, nanotechnology can aid doctors in detecting diseases and cancers, years before they become dangerous, using cell tagging. Fundamentally, the foundations of medical understanding will have to be completely reconsidered. The question of when to diagnose someone as sick or healthy is currently a simple one, but may prove to have difficulties in the future. For example, if a genetic mutation was found in one’s cells, that might be disposed to creating cancer cells, the patient could be diagnosed with cancer or merely told of the risks thereof. The definition of cancer, however, will have to be clarified to a specific number of cancerous cells present. Besides which hypervigilance may give rise to a world of hypochondriacs. One or two cancer cells don’t make a disease and there is a risk that too much knowledge is not good for one’s health.

There is always an ethical dilemma

Think cloning, organ donation, transplants. The financial and scientific potential that nanotechnology holds may cause overexcitement among competitive nations and possibly an oversight of values. Peter Singer, a scientific professor, once wrote that in nanotechnology, ‘The science leaps ahead, the ethics lag behind.’ The concept of ethical values being compromised in a fast moving industry is one that has been encountered many times, causing a societal backlash over a long-term period of time. It is important that these issues are addressed as actively as the scientific research is being conducted.

It turns out not just mother grundies hate progress. One issue is the question of buying longevity. The possibility is that captains of industry, royalty and celebrities could buy Peter Pan lives. Whether it’s possible or not or whether you believe it’s possible there are those who believe we have a duty to die. Shorter life spans give greater meaning to lives, prevent overpopulation and resource crisis, economic crash as no jobs are up for grabs. The nano detractors have a point when it comes to longevity. That said, scientists will do what scientists will do and that is search for the Holy Grail past current scientific boundaries.

But it appears that not everyone will benefit. Coined the ‘nano divide’, there are as usual Nano Haves and Have Nots. Developing countries now face a similar problem to one which they have encountered before, when the first-world countries developed medication for HIV/AIDS. All new technologies require copious amounts of money to be invested in their development and an already advanced technology base is needed. The third-world countries could not afford these drugs and so the need for them became even more urgent than previously. The wealthier countries will be leading in nanotechnology innovations, filing the patents and making all the financial gains.

Does this mean we are looking at a whole set of skills for physicians? A mix of nano technologists, scientists and medical specialists? The job description for a nanotechnologist sounds a tad daunting. Á multifaceted person with a broad knowledge of science. You can not be a physicist, but need chemistry, biology and engineering. A big ask even for a rocket scientist.

The final word goes to Nobel prize winner (Physics), Horst Stormer – said “Nanotechnology has given us the tools… to play with the ultimate toy box of nature – atoms and molecules. Everything is made from it… The possibilities to create new things appear limitless.” In many ways, it is the scientist’s duty to society to explore this unchartered territory and deliver an improved, safer and more accessible world of medicine.