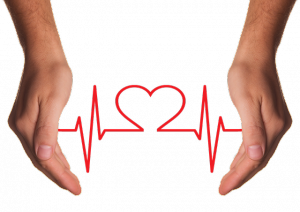 The National Institute for Occupational Health (NIOH) – part of the National Health Laboratory Services (NHLS) – is the only multidisciplinary specialised state occupational health service in South Africa. It is not only the scientific resource to all industries nationally, but a player within and outside the African continent. Apart from assisting with the draft­ing of regulations and providing specialised services and laboratories, staff is also involved in research, teaching, and specialised skills training.

Rumours are that the Institute’s role and future home are under revision. Perhaps the problem is the lack of real under­standing of the role of occupational health in South Africa? A fiscal challenge? Or, at worst, restructuring without ownership as it does not fit neatly into a box of health services. Kathy Malherbe looks at the well-being of occupational health, the role of the NIOH, and why it appears to be an unnecessary conundrum for all stakeholders.

Occupational health has been in the news recently, pre­dominantly for the wrong reasons, due to epidemics of occupationally-related diseases amongst mine workers and the lack of delivery from the Compensation Commissioners’ offices. The NHLS too has been marred by corruption allega­tions this year and the swift termination of the whistle blower’s employment.1 However, they welcome a new era of good news with the appointment of Joyce Mogale as the new CEO this month. The general consensus is that Mogale will bring a welcome change and restructuring of this umbrella body. The NHLS is the largest diagnostic pathology service in South Africa, with the responsibility and pivotal role of supporting the national and provincial health departments in the delivery of healthcare. It also provides laboratory and related public health services to over 80% of the population through a national network and adheres strictly to interna­tional standards. Testimony to this is that the NHLS was the recipient of a prestigious international award in ‘European Quality’ in the health sphere in Monteux in Switzerland.2

Is the NIOH to become a refugee?

Rumour has it that the NIOH is going to be forced out of its home – currently the NHLS. And the organisation appears to have nowhere to go. Alleged re-structuring is neglecting to take into account the pivotal role it plays in occupational health and safety in South Africa. Preventive health is poorly understood by most people and, when it comes to health and safety, prevention needs a great deal of motivation and, often, enforcement. The end user – the worker – suffers the most if prevention is ineffective.

Unless the restructuring takes into account the needs of affected parties, an opportunity to build an institute most appropriate for South Africa will be lost, and what we have could well be damaged.

The NIOH is a division of the NHLS but the plan is to move it out of the NHLS along with the National Institute for Communicable Diseases (NICD) and the National Cancer Registry (NCR). However, the NICD and NCR are going to be part of the newly formed NAPHISA – National Institutes of Public Health of South Africa. The NIOH was also supposed to be part of NAPHISA but, for incomprehensible reasons, this plan appears to have fallen through. It will be a travesty if the NIOH isn’t allocated a home.

The question is ‘why’?

The NHLS has supported the three institutes through money derived from the provinces. This move will relieve the NHLS of the burden of cost to the province of these institutes. The NICD is more clearly a DoH support structure, unlike the NIOH which supports a number of government departments.

THE ROLE OF THE NIOH

The NIOH was born out of the mining industry and performed important work in researching the occupational health risks in mines. It has evolved to also provide important support and laboratory services for both general industry and mining; mining employs only 500 000 of South Africa’s 15 million working people. The NIOH provides specialised services to industry and is dedicated to researching the health effects of work.

The NIOH should equitably serve all 15 million

Mining is a high risk industry and deserves attention but specialist services such as clinical, occupational hygiene, toxicology and advisory services are needed across all industries, including construction, agriculture, fishing and manufacturing.The laboratories also provide some unique public sector analyses, for example, asbestos fibre charac­terisation, and the measurement of some chemicals in air as well as exposures of workers to these.

Occupational health and safety needs recognition as an essential preventive discipline at the highest level of the State, and the country needs to provide the resources to protect the health of workers. Workers have a constitutional right to not be harmed at work and the State needs to provide the services to uphold this right. Also, a national institute should be instrumental in building societal awareness of the importance of occupational health and safety. The dissipation of an institute such as the NIOH, or a misplaced home, will slowly erode the level of care and it will slide backwards in terms of research and care of the worker.

THE REALM OF OCCUPATIONAL HEALTH IS NOT STATIC

Occupational risks are in a constant dynamic state which means that, as science and technology develop, so new risks have to be taken into account by practitioners and the NIOH. The labyrinth of medical and safety compliance in the construction industry is a prime example, which is why the new Health and Safety regulations were promulgated in December 2014.

Nanotechnology is an excellent example. Although nano­technology is a major breakthrough in science designing, producing and using structured devices through manipulating atoms and molecules at nano scale, it needs to be done responsibly and in a regulated manner. The risk of expo­sure to nanoparticles is also a priority strategic thrust for the NIOH – both researching the toxicity of nanoparticles and contributing to guidelines for the measurement thereof and the surveillance of workers. This is in collaboration with government departments such as the Department of Trade and Industry. Although the NIOH does not promulgate regulations, it provides scientific input in collaboration with international agencies.

OCCUPATIONAL HEALTH IS NOT JUST A ‘NICE TO HAVE’

SO WHAT ARE THE VITAL SIGNS OF OCCUPATIONAL HEALTH AND SAFETY IN SOUTH AFRICA?

Dr Frank Fox, South African Society for Occupational Medicine (SASOM) National Secretary says, “Our health and safety laws are amongst the most modern in the world and are constantly under review by the various departments concerned. However, the fragmentation makes things com­plicated, as there are different approaches between the Department of Mineral Resources (DMR) and the Department of Labour (DoL). The DoL is making a concerted effort to improve both its services and the law. The DMR is doing the same at the centre but the provincial inspectorate is very varied in quality and training and a law unto itself. A major challenge is that we have workplaces which fall under both the Occupational Health and Safety Act and the Mine Health and Safety Act. These two Acts have separate standards for occupational exposure limits, which leads to difficulty in interpretation and implementation.”

He says, “The big difference between us and the rest of the world is the quality and training of the inspectorate, and the subsequent application of the law. Despite efforts to improve the administration of the compensation system it is not readily apparent.

In considering the status of occupational health in South Africa, it is important to consider other aspects of the OHSS besides occupational health service delivery. For example, the enforcement agencies are under-resourced and lack skills; surveillance of occupational disease and injury is weak (especially of disease); funding for research is inad­equate, especially outside the mining industry; skilled human resources are in short supply; the services only cover a small proportion of workers; rehabilitation of injured workers is poor; and the compensation systems are largely dysfunctional.

There is also the pivotal role that education and com­munication play in reaching the entire working population. Starting at a young age and reaching the entire population is important – Brazilian institutes have programmes in schools and, in the USA, the National Institute is very active on social media sites in order to reach those who need it most.

Part of the problem is the lack of understanding of the people in positions of power in occupational health, compounded by the fragmentation of the regulation of occupational health and safety within government, and the consequent lack of ownership of such a valuable resource as the NIOH. Although occupational health is showing signs of life, the prognosis depends on the administration of a change of perception and a substantial dose of dialogue.

SMMEs ARE NOT THE LITTLE LEAGUE IN OCCUPATIONAL HEALTH

Occupational health is battling to find its proper place in South Africa and is, at best, at a crossroads. Only large companies are able to offer services to employees and these are con­centrated in urban areas and in large (but remote) mining and manufacturing companies. The neglect is at grassroots level, rural areas, small, medium and micro-enterprises (SMMEs), and the government’s serious focus on occupational health, not just in terms of regulation, but in terms of service promises and implementation.

At the moment, the provision of occupational health services is mandated within the Mine Health and Safety Act and within some regulations under the OHS Act but the service has to come from private practitioners. This is a cost that smaller industries bear very reluctantly. Other countries have organised state-mandated occupational health services.

Most employment within South Africa is in the SMME sector, according to the National Treasury research report (2008) on SMMEs. South Africa has an estimated 2.8 million SMMEs which contribute 52%-57% of GDP.3 SMMEs also provide about 60% of jobs, and contribute more than 40% of the country’s total remuneration.3 This means that SMMEs in South Africa employ more people than corporates within the private sector and government combined.

THE NHI AND THE NIOH

Dr Fox agrees, “This is exactly where the NIOH may have a role to play. Looking after the smaller industries and providing a service that they can afford. The DoH has a role in making occupational health services accessible to unserved and poorly served workers (e.g. informal sector, small enterprises, retired and unemployed workers). The NHI does present an opportunity to develop this. The role of a national institute in this would be to support policy development, conduct research into what works and what does not, provide advice and high-level laboratory and professional services to support the DoH services, and train practitioners. A national institute would not be involved in the day-to-day delivery of services, however.”

FOCUS SHOULD BE ON PREVENTION NOT CURE

SO WHAT TO DO?

It may be that there is need for change to bring the NIOH into a more meaningful role in the overall management of occupational health and safety in the country. But this will not happen if it is simply demolished without broad consultation with all stakeholders.

Dr Fox says, “SASOM would like a transparent and constructive discussion between the DoH and all stake­holders about the future structure of occupational health services in the country and this includes the future of the NIOH.”

Download the full artilce on the National Institute for Occupational Health here.